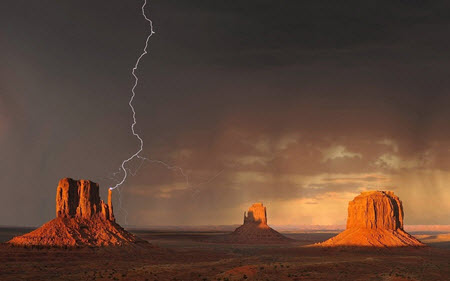 Examples of commonly occurring weather phenomena are wind, rain, snow, fog and thunderstorms, and then we also have more unusual events such as tornadoes, hailstorms, ice storms and cyclones.

The effects of weather phenomena are constantly reshaping the surface of our planet in various ways. Rocks and stones are broken down into smaller pieces, rains can cause soil erosion, suspended materials are transported to lakes and oceans, heavy swells caused by strong winds can shape and re-shape sandy coastlines, and so on.

Humans have tried to predict, and sometimes even influence, the weather for millennia. In our modern time, we use science and technology to aid us in these efforts, but the atmosphere is a system where even a very small change can set off a chain reaction that come to have enormous consequences. Because of this, forecasting the weather is notoriously difficult, especially when it comes to making forecasts for more than a few days into the future. 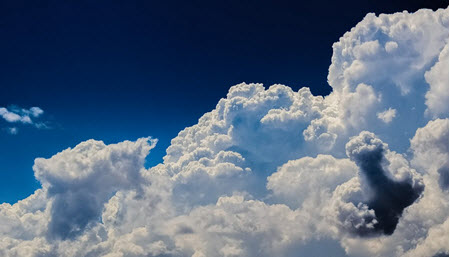 The record air temperature registered with the World Meteorological Organization (WMO) is 56.7 degrees C measured at Furnace Creek (Greenland Ranch), California, USA on 10 July 1913. WMO have suggested that this record-breakingly high temperature might have been caused by a sandstorm. The record is not undisputed, but several other very high temperatures have been recorded in the same area, the so called Death Valley of the United States, including 54 degrees C on 30 June 2013 and 53.9 degrees C in July 1960, 1998, 2005, and 2007.

The lowest natural air temperature recorded at ground level on Earth is −89.2 °C. This record was set at the Soviet Vostok Station in Antarctica on 21 July 1983.

Thanks to remote sensing satellite technology, we know that the spot 81.8°S 59.3°E on Antarctica had a surface temperature of −93.2 °C on 10 August 2010. This spot is located along a ridge between Dome Argus and Dome Fuji, at 3,900 meters above sea level.