An especially intense Australia east coast low behave more similar to a tropical cyclone than an extratropical one, and before meteorologists started using satellite imagery in the 1960s many of these cyclones were identified as tropical ones. 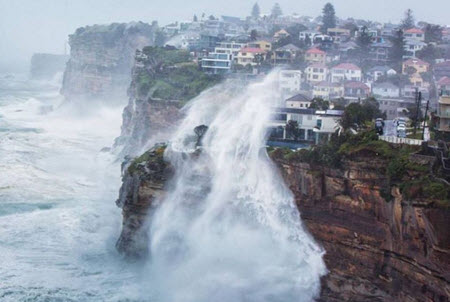 Most of these cyclones occur along the subtropical east coast of Australia, from Gladstone in Queensland to the Victoria-New South Wales border area. This stretch is home to several heavily populated urban areas, including Sydney and Brisbane.

Australian east coast lows tend to cause a lot of heavy and widespread rainfall.

The number of Australian east coast low events vary from one year to another, and in some years there are no events at all. The busiest season so far was 1978-1979 when there were twelve events.

Clusters are not uncommon. Statistics from Brisbane does for instance show that nearly one third of all events here occur within 20 days of previous event.